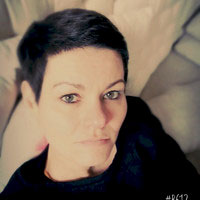 After ten years in publishing, Raphaëlle Rico and her friend Sandrine Porcheron decided to change their lives and create the place that they couldn’t find for their own children: a day-care center on a human scale, with an stimulating educational program, and where the staff are also concerned about the parents.

A halfway house between your own childminder and a large day care nursery, the La Marmotièrenetwork of day-care centers look after 10 children from 3 months to 3 years old, from 08:30 to 19:00, in a space entirely dedicated to their well-being and their stimulation.

Raphaëlle’s past in publishing has caught up with her though and she has just launched a new project to complement her benevolent nurseries by creating La Marmotière publishing.

The first book to be published early April is a book of nursery rhymes for 0-3 year olds.

You can support Raphaëlle’s new project through her crowdfunding page on Ulule. This information is only given for indicative purposes and does not in any manner serve as an endorsement by WIF.